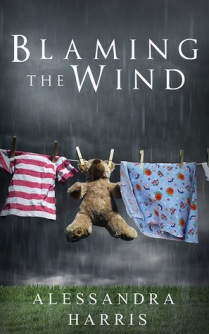 Sophia Douglas can’t shake the fear that she’s in over her head. A spontaneous elopement and a layoff from her high-paying job are stressful enough, but a plus sign on her pregnancy test sends her into a panic. Fearing her husband, Terrence, might leave like her father did, Sophia confides her insecurities to Tara, her friend and mom of three.

Though Tara Fisher encourages Sophia to trust Terrence, she’s hiding her own secret: a handsome attorney is pursuing her, and she’s questioning her commitment to Josh, her husband of ten years. After a devastating career-ending accident, Josh has changed and so have Tara’s feelings for him.

When a crisis arises that threatens to destroy Sophia and Terrence’s young marriage, Sophia must either overcome her fear of abandonment or lose everything she never knew she wanted. Meanwhile, as Tara is torn between responsibility and passion, her imperfectly put together life starts to unravel, and ghosts from her past resurface to haunt her.

As these two couples grapple with secrets, temptation, and illness, only time will tell if their vows are strong enough to hold them together.

Here’s the thing about clichés: I don’t mind them that much. There are so many ideas out there yes, but there are also a million ways to present every idea. Each author puts their own twist on popular concepts to make them unique. BUT in this particular novel, I felt like the author had taken the essence of every dramatic soap opera out there, and spun her book around it.

I was really excited to read this novel. The synopsis was very intriguing. I dig chick-lit. I was in the mood for a drama filled adventure. Alas, while this book check off all of my prerequisites, it did not satisfy me in any other way.

The story is about two couples, one, new and inexperienced, and the other, weathered. Each facing their personal difficulties and fighting their own demons, problems begin arising around them. Secrets are hidden and discovered, and relationships are pushed to the limits …

AND that was pretty much the whole story. Every thing happened so quickly. There was no lead-up to the resolution; it just so happened that every character realized their flaws suddenly, and all their problems were solved.

The character development is lazy, in my opinion. The four main characters had real problems that needed to be solved by taking serious actions, but from beginning to end, all they encountered were these minor annoyances which would cause overreactions from the other characters.

I’m mainly upset about Tara. I absolutely hated her at the beginning of the story. She was obnoxious, selfish, and acted like a child. But as I read on, and discovered more of her frustrations, I found myself wanting her to get better. BUT THEN, she went to see a psychic, and it was only with her psychic’s help that she realized she needed to change her ways. I did not like how she wasn’t able to realize on her own how horrible she had been treating Josh (whom I really liked as a character). Then came the terrible secret that has burdened her for so long, and it broke my heart. So I rooted for her, because people just do not deserve to go through what she has. But still, there was no satisfying rehab journey on which I could have followed her. I wished there had been a thought process.

One character I absolutely hated is Desiree. She served absolutely no purpose in the story other than to cause unnecessary drama, and I totally called it when she was introduced. In the end she did not even go through any major character changes. And can I just say: she accepted a BIKINI MODELING gig off of CRAIGSLIST. ARE YOU KIDDING ME?!

I enjoyed some parts of the writing. There were particular phrases here and there that really touched me.

What I did not enjoy, however, is how all the plot points connect. There was one part of the story where Sophia was in an emergency while on the phone with Terrence, her husband, and naturally, he does not advise her to call the police. Of COURSE not. What logical person would do something like that? He advises her to call her FATHER, who “has connections all over the country,” and with whom she is on bad terms. And of COURSE, she complies and agrees that the latter is the best course of action. That is a cheap way to get Sophia to confront her daddy issues.

Overall, this book is a one and a half star for me. I really did like the idea of the story. It really is only my disdain for the lack of character development and poor plot planning that really affected my rating. If you are looking for a quick, juicy read, you should definitely give this novel a try. However, this wouldn’t be my first recommendation for a romance novel. I would definitely give this author’s other books a chance though, because her writing style is quite pleasant to read.